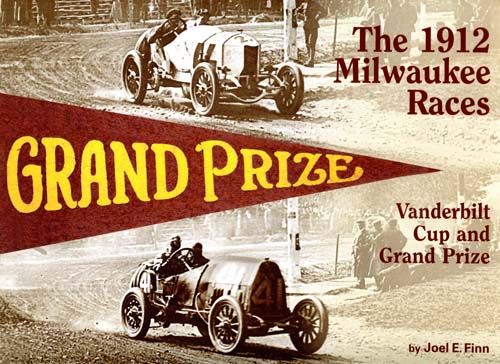 The 1912 Milwaukee Races is a fantastic book. Anyone who thinks they know anything about early American auto racing will gobble this thing up. I sure did

Finn years ago discovered a couple of boxes of original photos dating to the Milwaukee races and has been waiting for the opportunity to research and compile the complete story of how the events came to be, who showed up, and how they unfolded. Had the author not done this work, it is doubtless that the exploits of Milwaukee race organizers and competitors would further drift into obscurity. 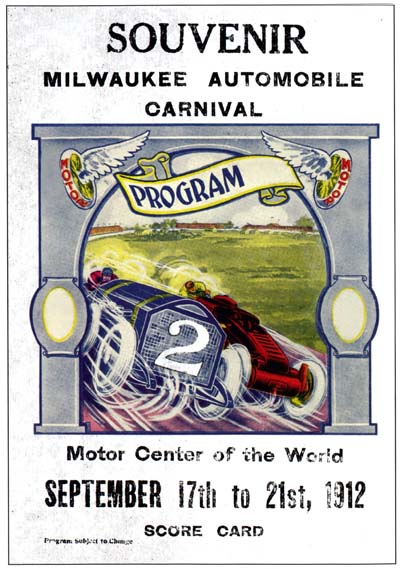 This handsome 214 page hardcover volume contains 225 full sized images. The publisher has wisely used sepia tones in their photographic presentation along with multiple color images of period souvenirs and promotional items. The physical fit, feel, and look of the book is truly up to the quality of the material at hand.

Finn’s writing style is direct and engaging. He ties all pertinent facts and figures into a tale well told. There is no real drama in that we already know who wins, but Finn does a great job of creating an easy to read narrative. I was readily transported to the Milwaukee of 100 years ago.

The photos are spectacular, especially given their age. A special delight comes via what is believed to be the first aerial photograph ever taken of a racecar in competition. The large format images allow visual details to enhance the story. Wrinkles in a driver’s face and hands, rivets on the hood of a car, advertising signs hung on the grandstand—absolutely fascinating.

One minor point of contention is the lack of an index. For those of us in the history game, an index proves essential when continuing the work. Of course, I also found myself so engaged that the logical presentation of the story made finding specific pieces of information simple enough.

Joel Finn has accomplished much with The 1912 Milwaukee Races. He has uncovered stories both untold and known while debunking several popular theories surrounding the events, particularly those involved with the crash and death of David Bruce-Brown. Finn doesn’t name names when it comes to why the race course was so poorly prepared, where all the money went, or who dropped so many balls at Milwaukee. Perhaps those names are not known. One gathers that the events faltered through a combination of inexperience, weather delays, and the times themselves. 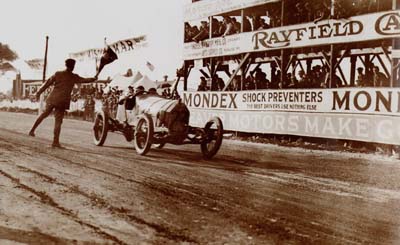