Where They Raced TURN3

NASCAR will be racing inside Los Angeles Memorial Coliseum on February 6, 2022. This will be the first time for NASCAR, but not the first time auto racing has taken place inside the Coliseum.

More auto racing has taken place in Southern California than any other place in the world!

Only $34.95 with FREE Priority USPS Shipping! 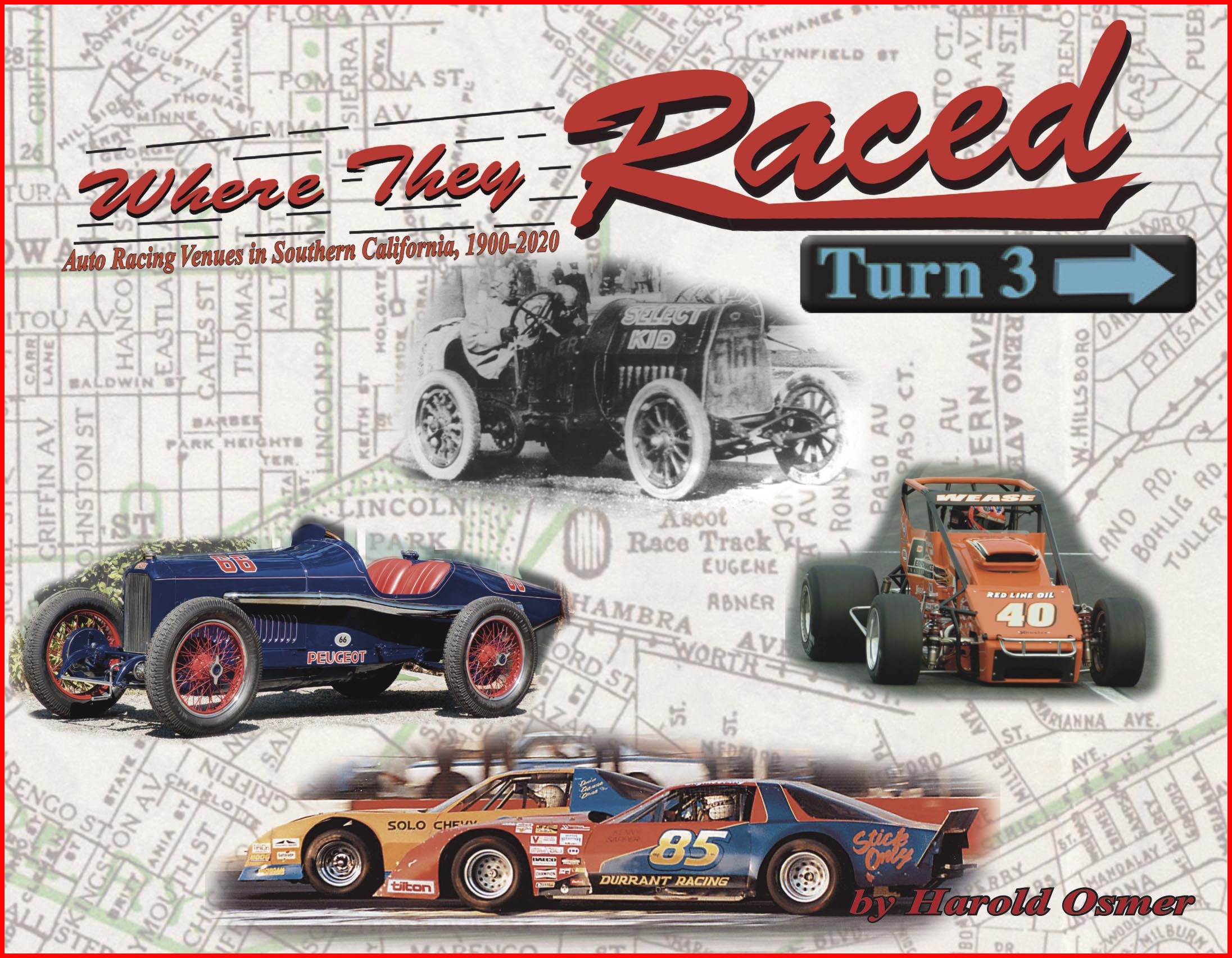 Hot off the Press — Order NOW!

Where They Raced TURN3 is the long awaited follow-up to Where They Raced. The history hasn't changed, but the stories are better and more images have been found. Over 340 images!

From the real roads at Pasadena, Santa Monica, and Corona to the board tracks at Marina del Rey, Beverly Hills, and Culver City, to the many small ovals and drag strips, Where They Raced TURN3 breaks it all down for you. 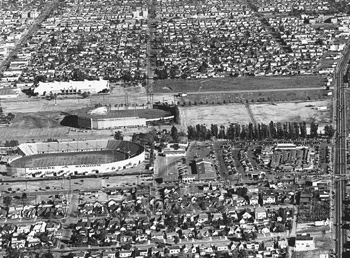 Comparing these two photos, the view is eastward. You can see the white Pan-Pacific Auditorium in the background, Gilmore Field (in the top image), and just make out a curved line on the pavement to the right of the CBS eye marking the previous edge of Gilmore Stadium. 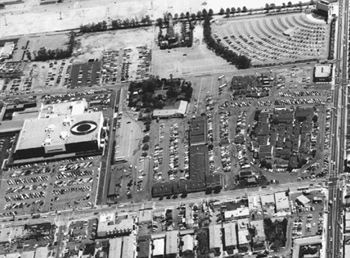 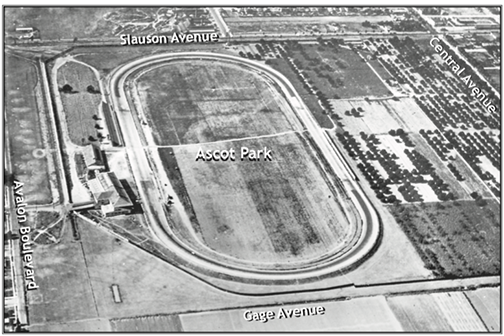 Ascot Park! There were four tracks called Ascot through the years. The first (above) began as a one-mile horse track just outside of Los Angeles city limits at Slauson & Central. The fourth is the one most of us remember located at Artesia & Vermont near Gardena.

The other two were Legion Ascot and Southern Ascot.

Read all about them in Where They Raced TURN3! 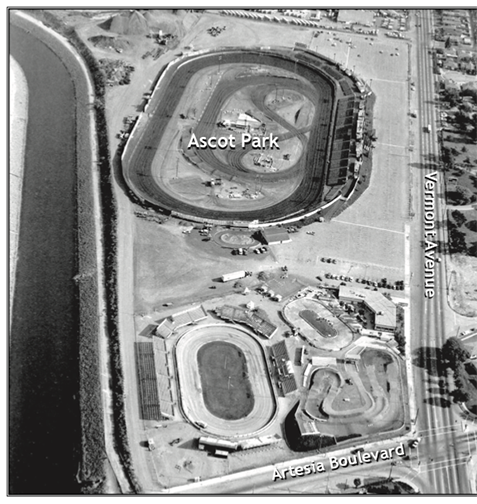 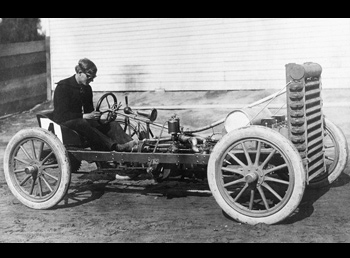 The year is 1902, Pasadena. It's Waldemar Grant Hansen at the wheel. A machinist by trade, Hansen developed metal machining techniques and provided engine parts for the Tourist Automobile Company of Los Angeles. He regularly tested his machines on the apricot orchard roads in and around Pasadena and Altadena, eventually leading to the Pasadena/Altadena Hill Climb events of 1906-1909. 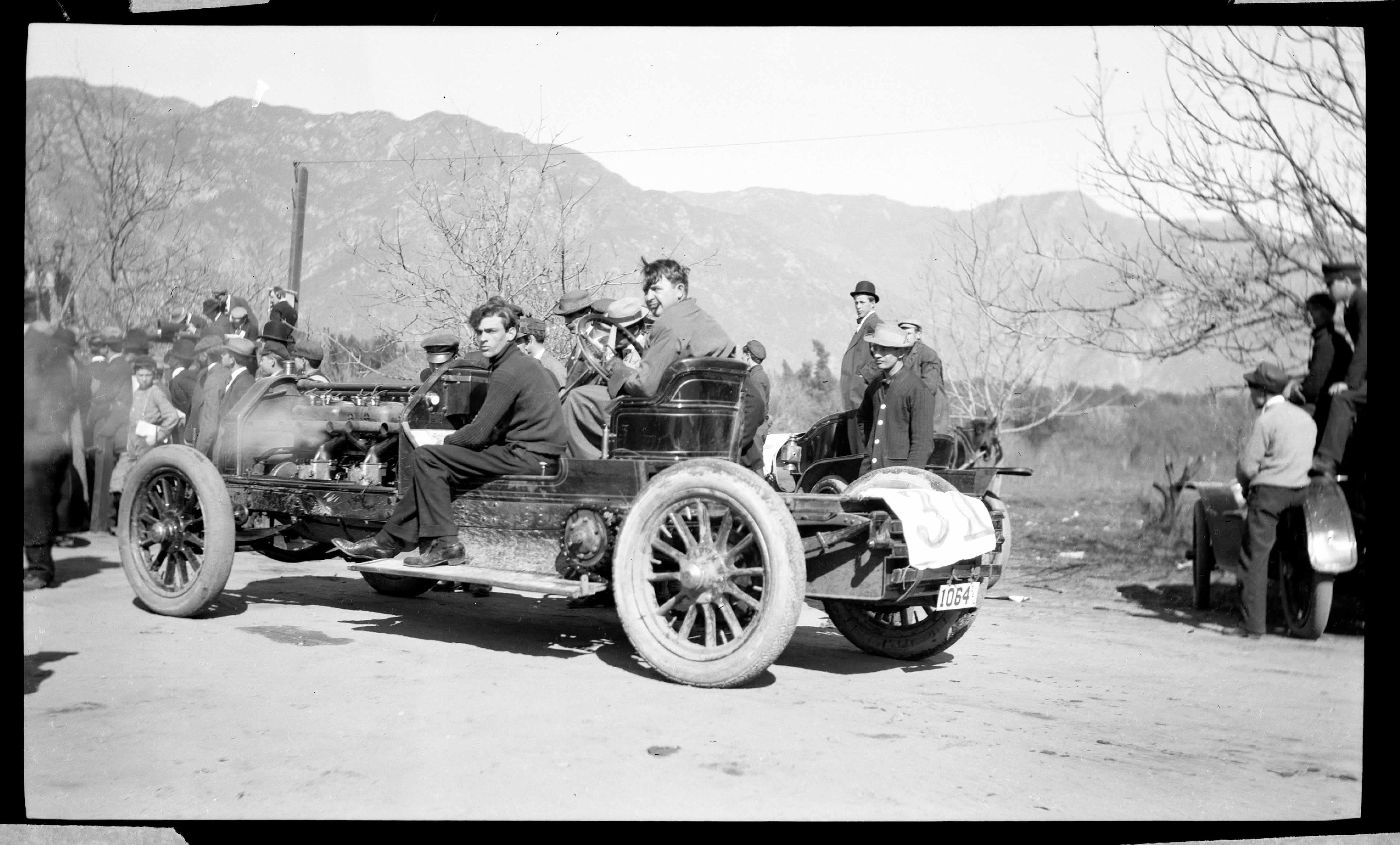 Barney Oldfield aboard a Stearns racer at the Pasadena-Altadena Hill Climb in 1908. He finished second twice in four years at the annual event up along what later gained fame as Christmas Tree Lane. 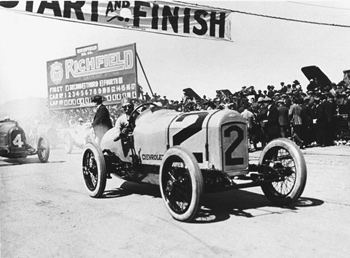 The Santa Monica Road Races were held 1909-1919. They were instrumental in keeping Santa Monica from being annexed into Los Angeles.

Put on by the city, auto dealers, and real estate developers, they were used as a promotion to bring people to Santa Monica from across the country. The course (which can be run today) ran from Ocean & Montana to Wilshire Boulevard, uphill to San Vicente and back to Ocean. Barney Oldfield, Ralph DePalma, Eddie Pullen, and Terrible Teddy Tetzlaff competed in what were the biggest race meets in the country at that time. 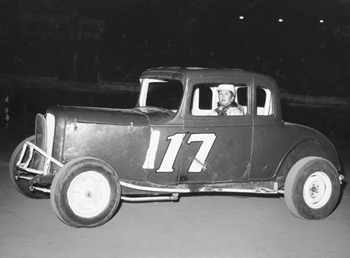 Here's a good trivia question for you to lay on your buddies: Who was the first woman licensed by NASCAR to race against the men on the West Coast?

That's her in the jalopy, Hila Paulson (Hila Sweet today). It was December 1956 at Gardena Stadium and she proved a very worthy adversary. Car builder Ummie Paulson had hotshoe Rufus "Parnelli" Jones driving his racer before he moved on up to Indianapolis, Baja, and auto racing immortality. Hila created the Lady Leadfoots racing squad and tore up the tracks of Southern California for many years. 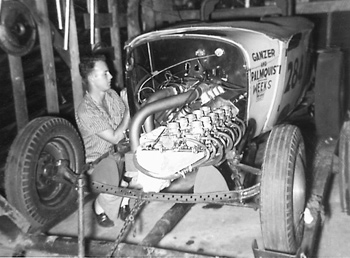 The Ganzer, Palmquist, Weeks dry lakes roadster represents innovation at it's best. There are ten carburetors attached to the front-mount blower. Ganzer says that at idle it sounded like a Model-T and wide open it sounded "...like ten thousand of them."

Ah yes, Silvergate Speedway in San Diego. The site is now home to Sea World. But from 1933 to '36, Silvergate hosted big car races on a 5/8-mile oiled dirt surface. Rex Mays won the opening event on May 7, 1933.

Where They Raced TURN3 includes ovals, drags, the big tracks at Ontario, Riverside, and Fontana. From Bakersfield to Los Angeles, and San Diego, TURN3 has it.

Where They Raced TURN3    Order Now!

Only $34.95 with FREE Priority USPS Shipping!

return from Where They Raced TURN3 to Home